The data for estimating the indicators for Southern Catalonia (NUTS 3) are obtained from sources such as the Spanish National Institute of Statistics (INE), the Catalan Institute of Statistics (Idescat), and the Organisation for Economic Co-operation and Development (OECD). For other European regions, sources such as Eurostat, the OECD and the European Union Intellectual Property Office (EUIPO) are used.

Table: Innovation indicators obtained for Southern Catalonia and data from RIS for the European and Spanishregions, and Catalonia. 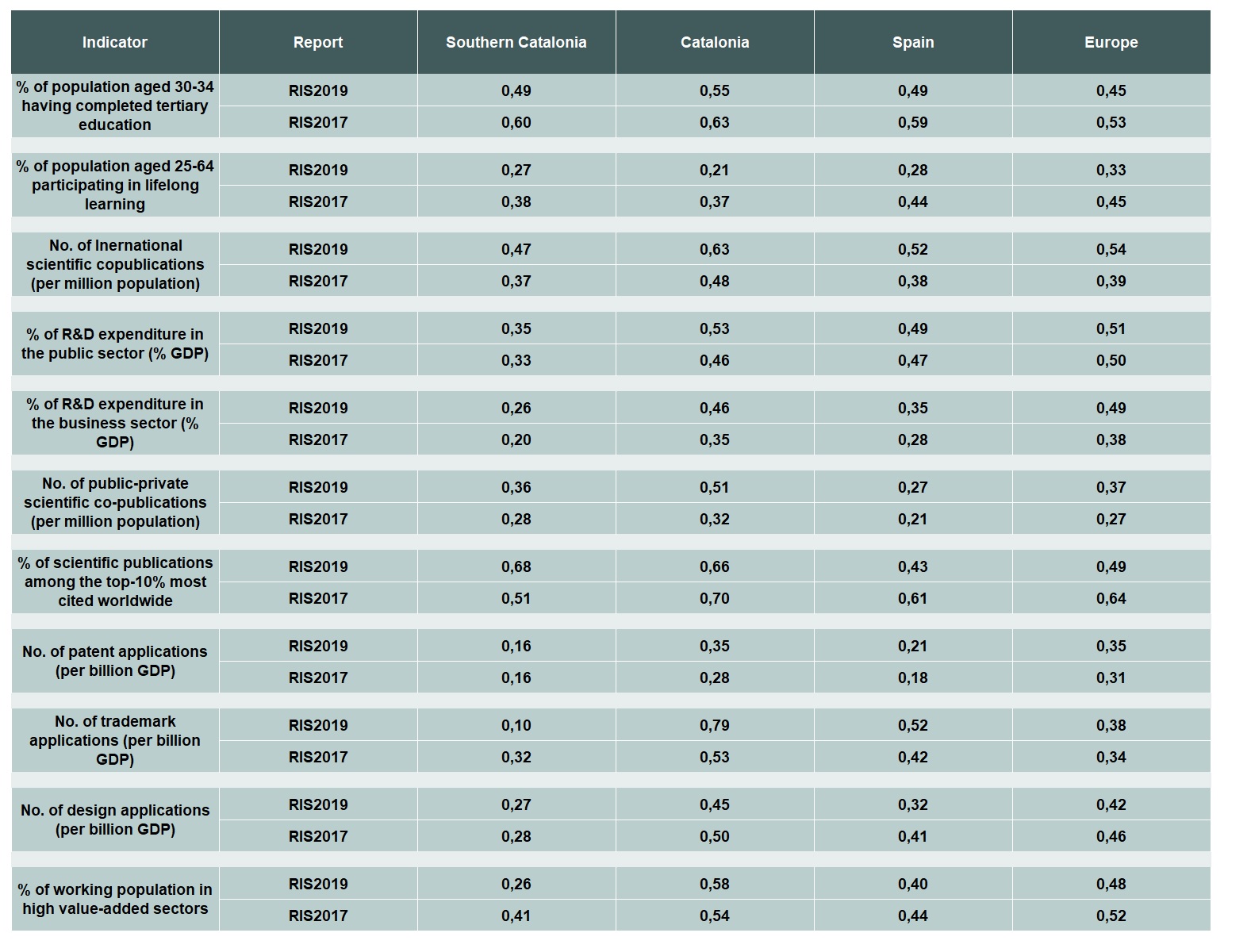 [1] The Community Innovation Survey (CIS) is conducted at NUTS2 level, as is the case with most surveys carried out within individual member states and across the EU as a whole. Typically, the disaggregation of provincial results does not satisfactorily increase the representativeness of the data. One possible solution is to correct the lack of representativeness at NUTS3 level by modifying the survey methodology and extending the territorial scope of the sample; however, this is almost unfeasible due to the high associated cost.